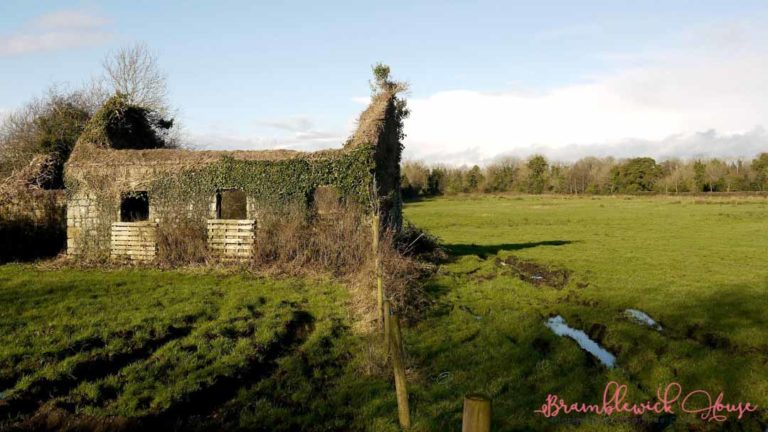 “My yesterday’s walk with me. They keep step, they are grey faces that peer over my shoulder.”, William Golding

The haunting effect of a landscape has been described by the cultural geographers Maddern and Adey as the nagging presence of an absence, and it is perhaps this (amongst other things) that gives Ireland’s landscape its special haunting quality. Drive or walk down nearly any road or track and you will encounter the hollow-eyed shell of what was once a home – the physical memory of people now seemingly absent in the land.

Sometimes these places rise like ghostly apparitions from a dip or hollow, from behind a hedge or stand in a field smothered in vegetation, slowly being reclaimed by nature but still with the greying net curtains hanging in the window as if someone still valuing their privacy dwells within. Attaining a forlorn and disquieting look at one and the same time.

Others are pressed into service as barns or cow sheds. Then the questions come. Who lived there? What happened to them? When was this place left and why is it being left to decay? What events happened within its walls? The empty space left behind becomes a place in which the imagination can’t rest.

Ask around and people can probably tell you whose home it was and where existing family members still live close by. It can come as something of a bafflement why in a world where the old is often either knocked down and replaced or repackaged in a shiny new form, that these places are left to disintegrate rather than demolished or renovated and sold on, but the past has a powerful grip on the present.

The old home-places were replaced with newer ones, sometimes built only metres away a little further down or across the road – the ghosts of the past continue to structure the world of the living, lingering on the periphery of the familial.

We can see that often the reason for abandonment is less prosaic than imagination might suggest but that is not the sublime aura projected by these ivy-slung, decomposing buildings. A compelling sadness hangs over them, with their decaying traces of everyday voices and histories, something reinforced by the all too real tragedies that people here have lived through over the centuries.

Take a trip to Cloondara in County Longford on the royal canal and you’ll find the monument to the starved thousands of the great hunger of the 1840s who walked its length to reach Dublin and the ports out of the country. Go to Strokestown Park in County Roscommon and visit the national famine museum and see its inscribed list of names of those who left the estate on the coffin ships – over a million gone from the land in this way.

A sculpture dedicated to the 30,000 who left Sligo at this time stands in Sligo harbour and the national famine memorial in Murrisk, County Mayo, is given the form of a ship. Walk into Longford town centre and you’ll find the monument dedicated to all who’ve left these shores in more recent times in search of a better life. It takes us back to that quote about the nagging presence of an absence – in these cases an absence tied to the physical act of being compelled to leave the place of one’s birth perhaps never to return.

Other monuments to loss punctuate the great open spaces further west on The Wild Atlantic Way. Drive up to Achill Island and up on the hill sides the extensive ridged remains of the beds for growing potatoes are clearly visible through the grass but it is the contemporary isolation of this agricultural archaeology and the seeming emptiness of its surrounds that imbues it with its haunting quality. The fact that there must have been more people in the landscape to tend them in the past than are present now amplifies the feeling of desolation.

Perhaps the place most strongly evocative of these sensations is the abandoned village that stretches for over a kilometre across the southern slopes of Slievemore mountain on Achill Island. The ruins of up to one hundred stone houses and their field systems, finally completely abandoned in the early twentieth century as one of the last places in Europe to practise transhumance pastoralism or booleying as it was known, stand on a site that was likely occupied, abandoned and re-occupied for as long as five thousand years.

It is the break with all those years, the fact that what had gone before was no longer sustainable or even had a place in the world despite its survival against what would be near unimaginable hardships for us today, that makes it a destination loaded with poignancy. What else draws us to this place but to fill these traces with our imagination of what life was – to contemplate the subjects who we might reconstruct from these remnants. 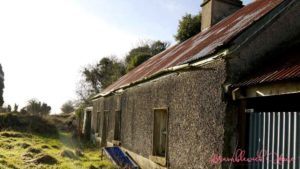 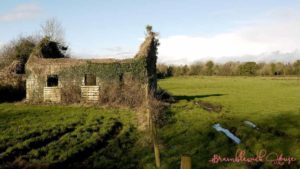 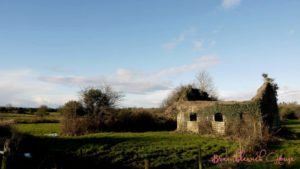 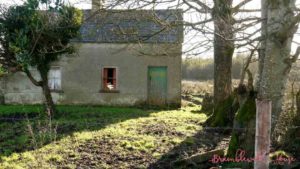 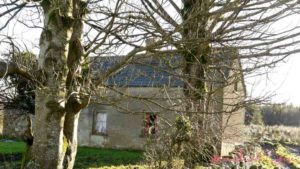