A return to Corlea 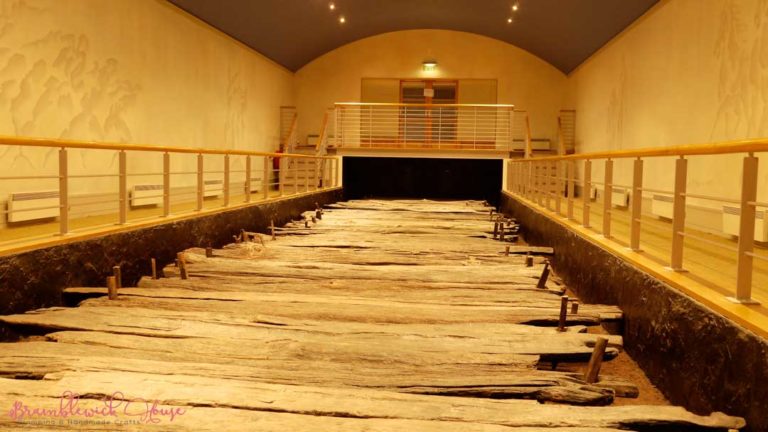 The last time we went to the Corlea trackway centre near Kenagh in county Longford it had been closed for the season. This time, we’d checked the opening dates so wouldn’t have to endure the biting cold of this unbearably long winter for any great length of time or not until we went outside to take pictures anyway.

Pictures were really what we had gone for as well as the chance to catch up with Noel, one of the custodians who had been so welcoming when we’d attended their wildlife conference in 2016, and find out about any new developments. We’d made several visits to the centre over a number of years but our initial viewing of the trackway took place through a Channel 4 TV programme called pagans. Now, we’re familiar with it although on each prior visit there seemed to be something new to learn about this enigmatic structure. That wasn’t to be the case this time but we did learn of some new plans for the centre and it has been raised to the tourism status of a hidden gem, appearing in an Irish Independent list of such places 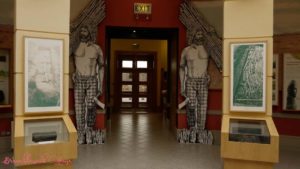 The trackway and its centre sits in the middle of County Longford’s bog lands. These are the natural raised bogs formed at the end of the ice age and not the man-made blanket bogs of the uplands caused by deforestation that started in the Neolithic period. Over the centuries, they have been harvested for their peat fuel (known as turf in its form of burnable blocks) to such an extent that action has had to be taken to protect what is now recognised as an important habitat.

Around Corlea, the peat workings are being closed down, the drainage channels are being blocked and nature is in the process of reclaiming its own. What the area might look like when this is completed can be seen at the centre. A black pool of still water sits to one side of the entrance, plants fringing its peaty edges and its depth impossible to gauge. A warning sign reminds us that sometimes things that go into the bog don’t come out. Go round to the back and a modern trackway stretches across an expanse of heather and grasses and the sky seems to reach all the way to the ground.

The bog itself has a particular property that has proved to be of great importance to archaeologists. Its acidic, low in oxygen environment creates the ideal conditions for preserving organic material and this is perhaps the main reason why the centre now stands. Without this, the wood would have rotted away centuries ago.

The trackway on display consists of eighteen metres of split oak planks three to three and a half metres wide resting on top of birch rails, all held in place by wooden pegs inserted through mortice holes. Tree ring dating of the wood used to construct it suggests it was built within one year from around 147 – 148BC and apparently it was in use only for ten years before it sank beneath the bog. Those are the physical facts of it but they tell us little else and elements of the way it was built raise more questions than they answer about its purpose, how it was used and the practicality of its design but that is best left to the guides to explain.

Trackways across wetlands are not rare. The construction of such roadways dates back to at least as far as the Neolithic period so the prehistoric people of Europe were well versed in how to build and maintain them. In fact, evidence of over one hundred other trackways have been found in the surrounding area. it is believed that the rest of the centre’s section was nearly two kilometres long although a section discovered earlier (but not preserved) met with it at an island in the centre of the bog. This mirrors similar constructions found in places such as Flag Fen in England where a massive causeway constructed in the bronze age stretched through the wetlands to an island.

The inference here is that the track was built to allow people to get into the bog rather than across it. The sacred nature of such places to prehistoric people is well attested to by the large number of ritual depositions found around them. Such votive offerings range in nature from butter to weapons, tools and feasting equipment to actual people, usually killed in the most brutal of ways. The national museum of Ireland in Dublin has two of these bog bodies on display and it was the hope of those working at the trackway that one might be found nearby to truly put them on the map. Unfortunately for the centre, no such prehistoric victim has as yet turned up. 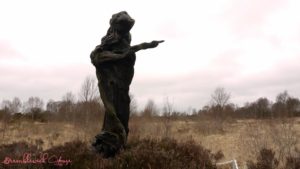 However, some believe that this particular road served a purpose. There is the opinion that it served to connect the two great centres of royal power located at Rathcroghan in Connacht and Uisneach in West Meath, the latter being the sacred centre of the country where the great Beltaine fire was lit and the high kings of Ireland were later crowned. Perhaps it was built as a ceremonial way or even as a symbolic demonstration of power, that the rulers of Connacht laid claim to the ritual centre of Ireland. Did that claim last for a decade, the road’s final entombment beneath the bog marking the end of that domination? We’ll never know.

I leave the final words on the Corlea track way to our own Longford based myth, the wooing of Etain. One part of the story details the building of such a road across a bog it ways that suggests the author was familiar with such an event. It can be read in the centre at Corlea but, if my memory serves me correctly, it does not include the next important section that details how the road contained defects because those constructing it weren’t supervised closely enough. Could these defects be a reference to the Corlea road’s ultimate fate? Did the teller of this story know what happened to it? Does our myth of Midhir and Etain reference some real events? I recommend you go and ask. 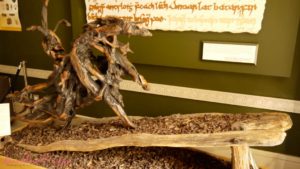